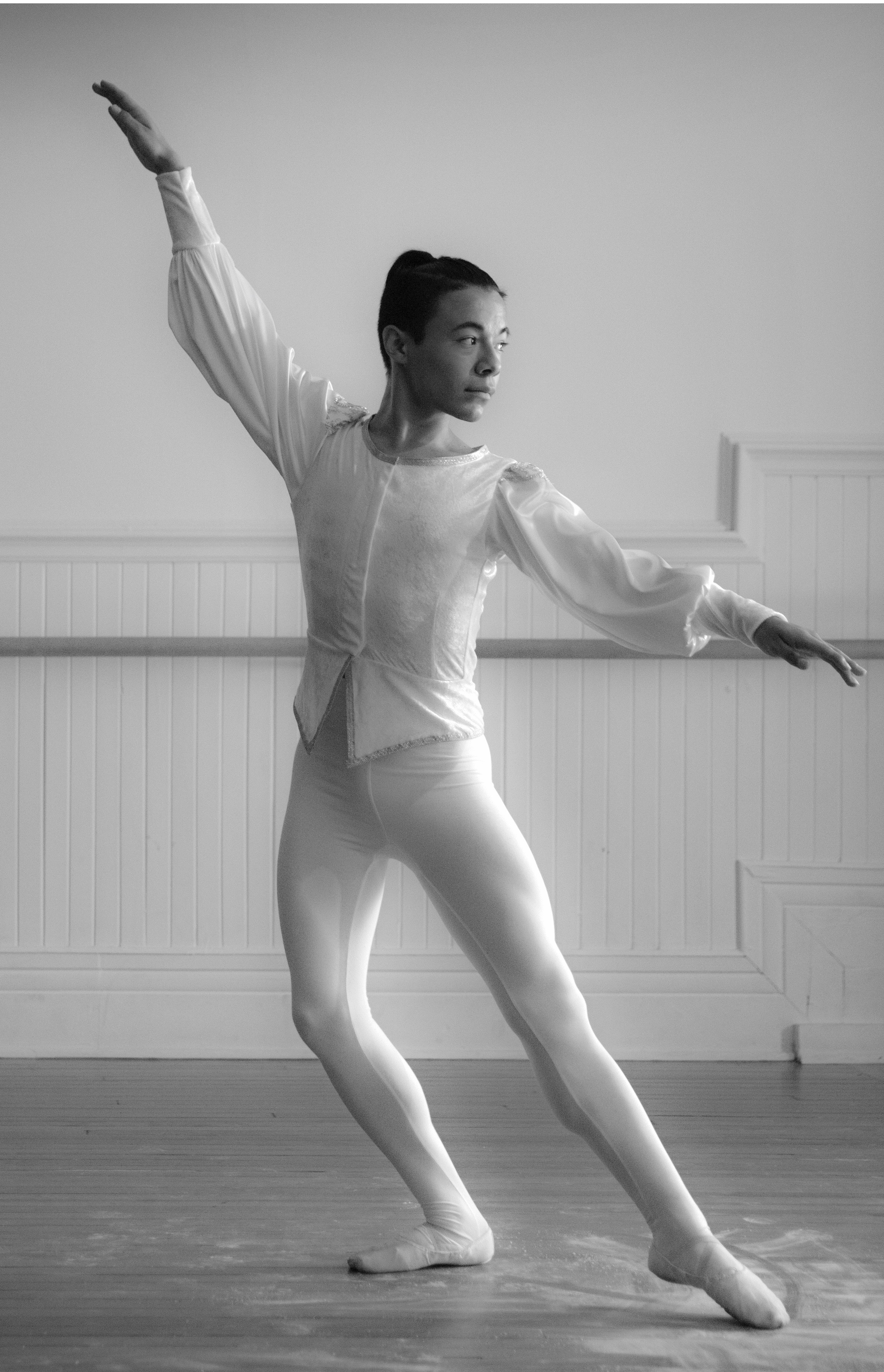 Michael Horowitz has been dancing for 12 years, starting at the age of 3. He has studied various dance styles such as modern, ballet, jazz, and hip hop. Along with dancing with us, he attended the Hearts of Men dance intensive in New York City and Earl Mosley’s Institute of the Arts dance intensive in Connecticut in the summers of 2015 and 2016. It was in these places that he performed dances choreographed by world renowned Earl Mosley, who was named Teacher of the Year by Teaching Magazine in 2005, and is currently on faculty at The Ailey school. Michael has also taken classes at the Alvin Ailey where he studied ballet and modern.  Michael joined Monmouth Academy of Ballet two years ago and started private lessons with Miss Ellen, although he feels like he has been dancing with Miss Ellen for as long as he can remember. On June 17, 2017 Michael played the role of Prince in Monmouth Academy of Ballet’s performance of Prokofiev’s ballet Cinderella. This summer he attended the New Jersey Dance Theatre Ensemble dance intensive in Summit. He is currently taking classes with MAB and is also participating in the dance program at Red Bank Regional high school. He feels so lucky and honored to work with such professional teachers that provide such cultivated knowledge. Michael says, “I know Miss Ellen is helping me through my journey and to help me be the best dancer I can be, one baby step at a time.”  Michael aspires to not only grow as a dancer, but as a person along the way.