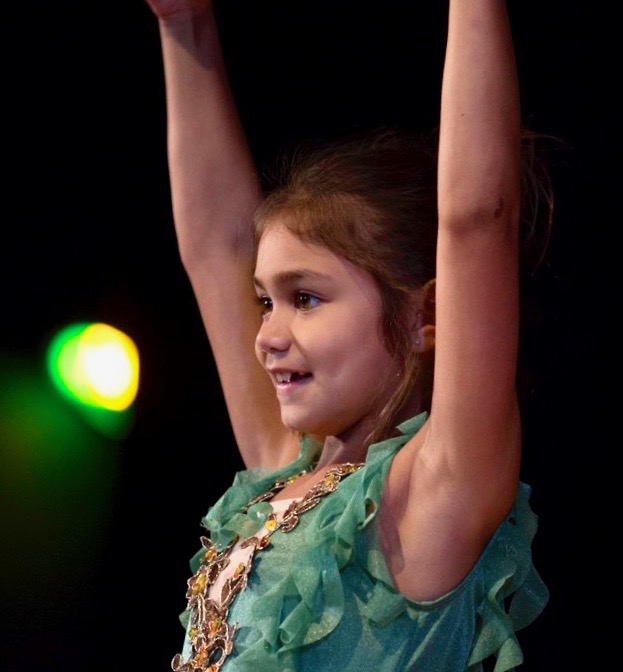 Our student in Monmouth Academy of Ballet’s Spotlight for the month of February is Elle who attends 3rd grade at the Village Elementary School in Holmdel, NJ. She began dancing with Miss Ellen at age 5 and joined Miss Ellen at her newly opened school in the fall of 2014. Elle has participated in many MAB performances and in the Spring of 2017 played the role of nymph in our first story ballet, Cinderella, at the the Ranney School, Tinton Falls, NJ.

In October of 2017 Elle enrolled in coaching classes for the Royal Academy of Dance Examination along with many of her ballet classmates.

She will be auditioning soon for a role in MAB’s production of Snow White and the Seven Dwarfs which will be presented on June 16, 2018 at the Ranney School.